Skip to content
A political thugs was giving a mass beating by mobs as he begged for his life with the angry mob turning deaf ears to his pleas. 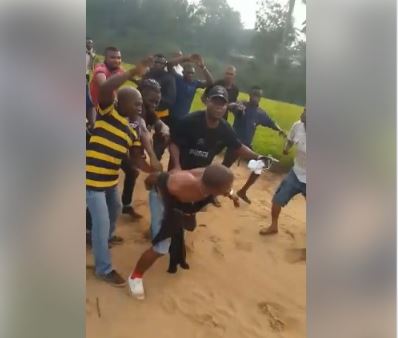 A suspected thug/bad boy got more than he bargained for at the hands of angry youths during the elections earlier today in Akwa Ibom state.
It was gathered that the thugs were brought to allegedly disrupt the elections in Nsit Ubium ward 7 (Ubium North ward 3), before some of them were apprehended by the youths at Ndukpoise Ubium.
One of the thugs was giving a mass beating by the mob as he begged for his life.
According to reports, the suspect was later handed over to the police. 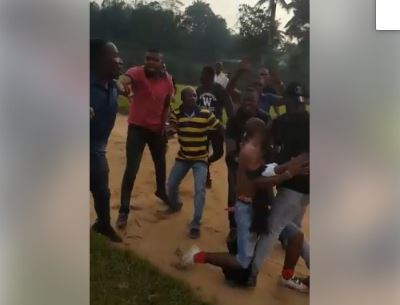